Qeeboo is an Italian next-generation brand producing design objects created and launched in 2016 by Stefano Giovannoni. Its products are emotional and narrative, expressly not bourgeois but suitable for all. Once created, they are entrusted to our interpretation in order to acquire a new life.
Qeeboo resumes and reinterprets in a fantastic way the icons of our imagination and gives them an unexpected original image, introducing a collection of smart, iconic and surprising products. Extraordinary objects created under the careful direction of Stefano Giovannoni in collaboration with a group of top international designers, integrating different styles and characters in a playful-narrative approach. A magical mix of technologies, inventions and industrial techniques, creating a catalog of emotional objects: so Mexico, Killer or Capitol, can be used in a personal way as a seat, a table, a lamp or a vase, a planter or a champagne cooler, allowing everyone to interpret and use them freely.

From Milan to the World

Qeeboo’s headquarter is based in Milan, in the heart of Tortona design district, a neighborhood historically voted to Art and Design and one of the most important industry related event, Fuorisalone. During the fair, Tortona district becomes an exposition of the latest design trends. Lofts, photographic and design studios, showrooms, workshops, fashion ateliers and industrial sites inside the district turn into exhibition areas where, each year, over one hundred companies present their latest collections. 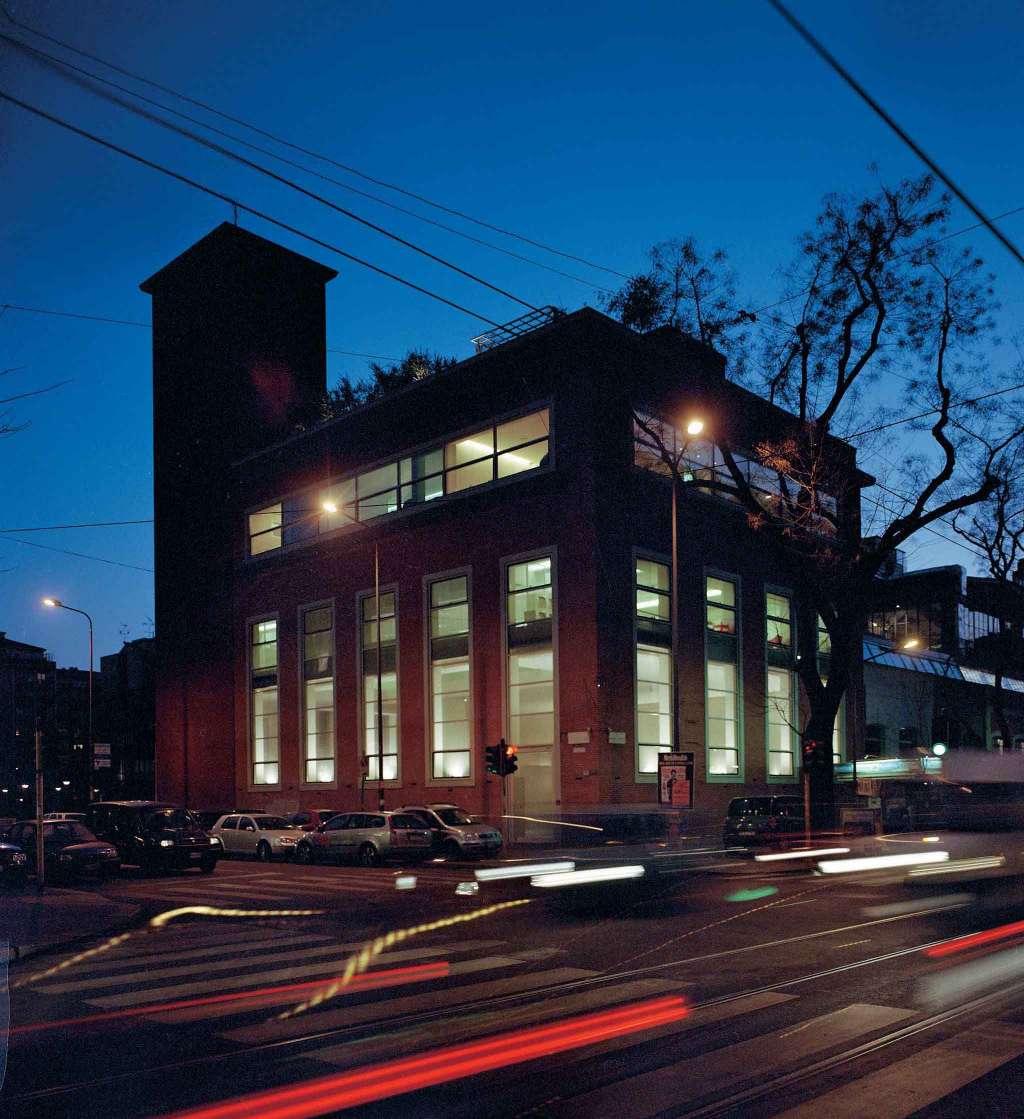 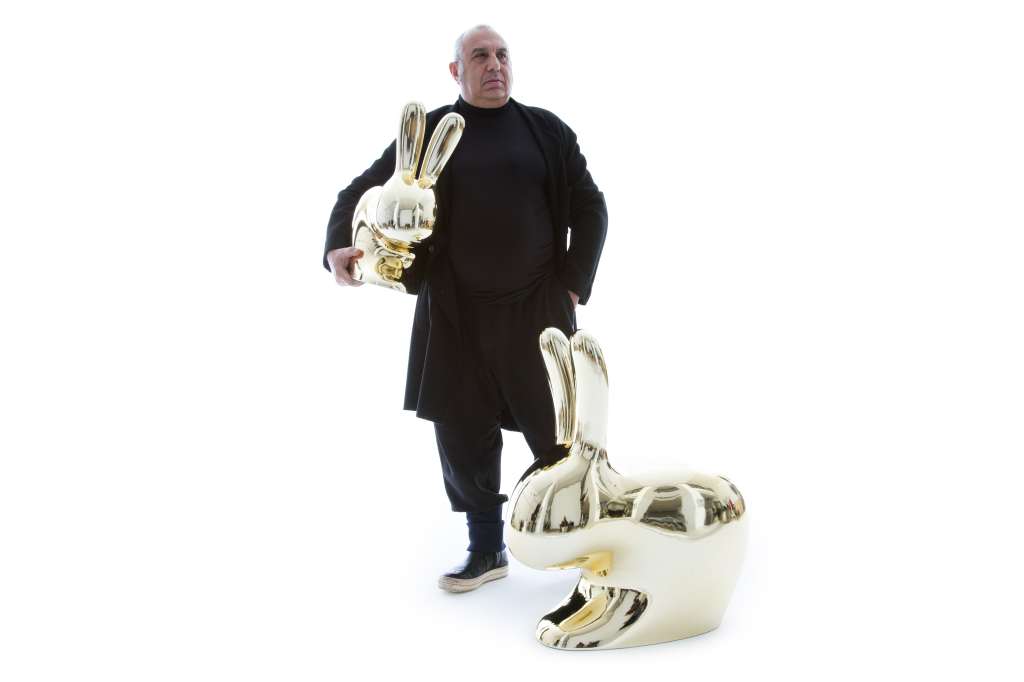 Stefano Giovannoni is an interior, industrial designer and architect. He graduated at the University of Architecture in Florence where he both lectured and researched. He worked with companies like Alessi, DDP Seoul, Fiat FCA, Ghidini 1961, Hannstar, Henkel, Honeywell, Kokuyo, Laufen, LG Hausys, Magis, NTT Docomo, Oras, Oregon Scientific, PepsiCo, Pulsar, Samsung, Seiko, Siemens, Sodastream, Sole 24 Ore, Telecom, Toto, 3M and many others.
He designed very successful products that have broken all sales records in the design field such as the Girotondo collection (over 10 million units sold) and Mami, the famous products of “FFF” series for Alessi, the bathroom set called Alessi One and the Bombo family for Magis. Thanks to his ability to intercept the tastes of the general public, he has been named “The Champion of super and popular of the 2000s” (A. Alessi), “Most bankable designer” (E. Perazza), “Design King Midas” (C. Morozzi). After working for these most renowned design companies, Stefano, unleashing his unique know-how of the industry, felt the need to create a new brand with a new concept, far away from the traditional stereotypes associated with industrial design. He creates a new and personal design statement by chasing a personal challenge.

Our creations aim to awaken emotions and positive feelings. They are a delightful hint for every kind of environment they are placed in. Our iconic objects create a surprising and unexpected effect reaching different targets. They are purposely democratic, suitable for everyone and versatile. They have an extra gear as they fit to every kind of style being by definition, extra-ordinary, beyond the line of traditional industrial design and always one step ahead. We believe in the concept of home as the place where we build up our identity. In fact, our home is a physical and emotional refuge where a person can express his or her truest self and give space to the different inner tensions. Therefore, we expanded the concept of domestic landscape to hotellerie and holiday homes, developing our products to be suitable for private and public environments, both indoor and outdoor. Now as then, our main objective is to reach people’s heart, feeling emotions in front of the product, spreading good vibes and arousing enthusiasm. 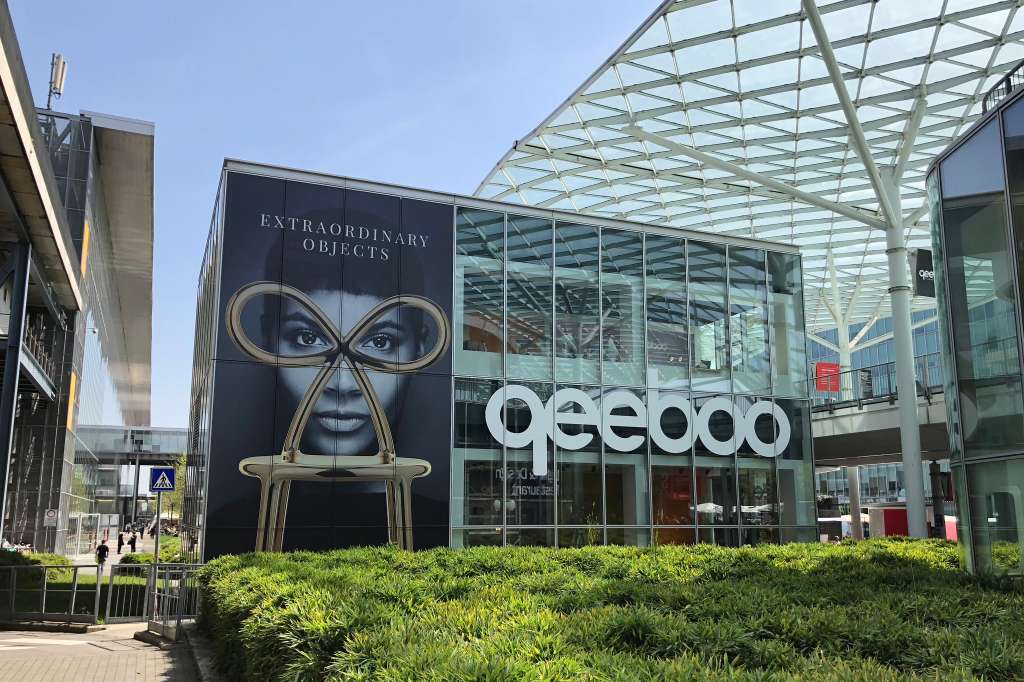 Our products are realized with authentic passion, always respecting high-quality production standards and functionality. They are inspired by the reality around them and aim to offer a fresh take on everyday objects that are part of our daily life. The borders between personal and professional space are getting more fluid and so our furniture, lighting, and accessories can be used in different environments.
One of the focal points of our market proposal is the dimensional scale of the designs that cover a wide range of sizes, from out-of-scale to micro objects to enter any house and suit every need. 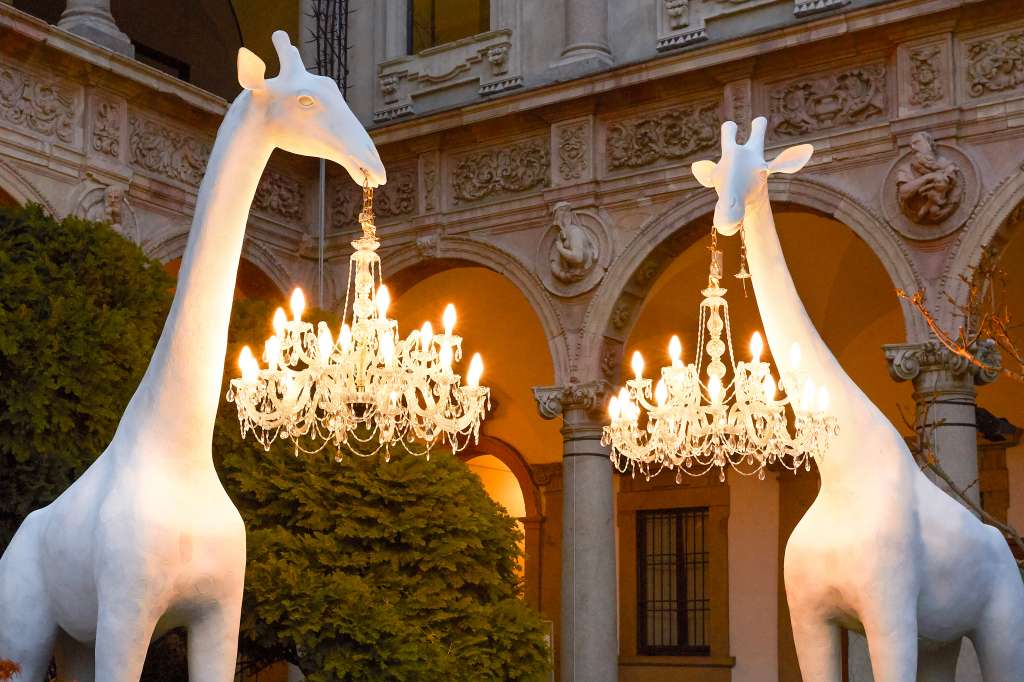 We selected designers according to their design language: eclectic personalities with a strong visual image, able to convey their emotional universe through a strong and recognizable style. They are visual storytellers who propose a personal creative vision, far from traditional design imaginary. Their uniqueness is based on the exploration of different visions of the figurative art, moving through a narrative approach coming out from their expressive language, creating iconic objects with a great emotional power.

In Qeeboo we are constantly oriented to develop new projects, optimize processes, work with different materials continuously improving our technologies. Thanks to a great commitment, we developed sophisticated products such as our chairs realized with gas-assisted injection molding or big sculptural objects by which the rotational molding technology finds its highest expression. Giraffe in Love, with her 2.65 meters high, or Kong XL, with its pivoting arm, are unique products meticulously developed to allow our company to reach a large number of people with prices that suit every budget.
We certificate all our outdoor products with an IP65, an high grade of protection against atmospheric agents. Moreover, Qeeboo is the only company in the world that succeeded to metalize polyethylene products manufactured through the rotational molding technique, endowing them with the appeal of the chromium plated metal finish. This effect has been achieved thanks to the physical vapour deposition (PVD), consisting in a thin layer of few micron in real brass, silver or copper that cover the product giving it lightness and durability. Both the metallization and the flocking are not realized in series but one by one, by the precision and care of our best artisans: this is why in Qeeboo we strive for industrial craftsmanship, supporting a lively assembling chain 100% made in Italy. 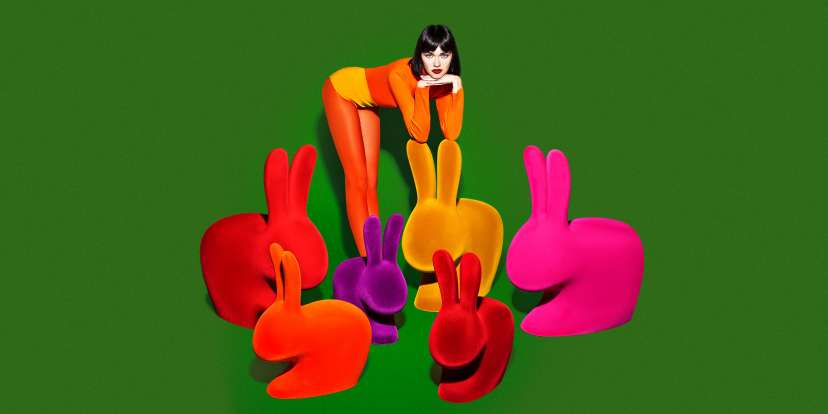 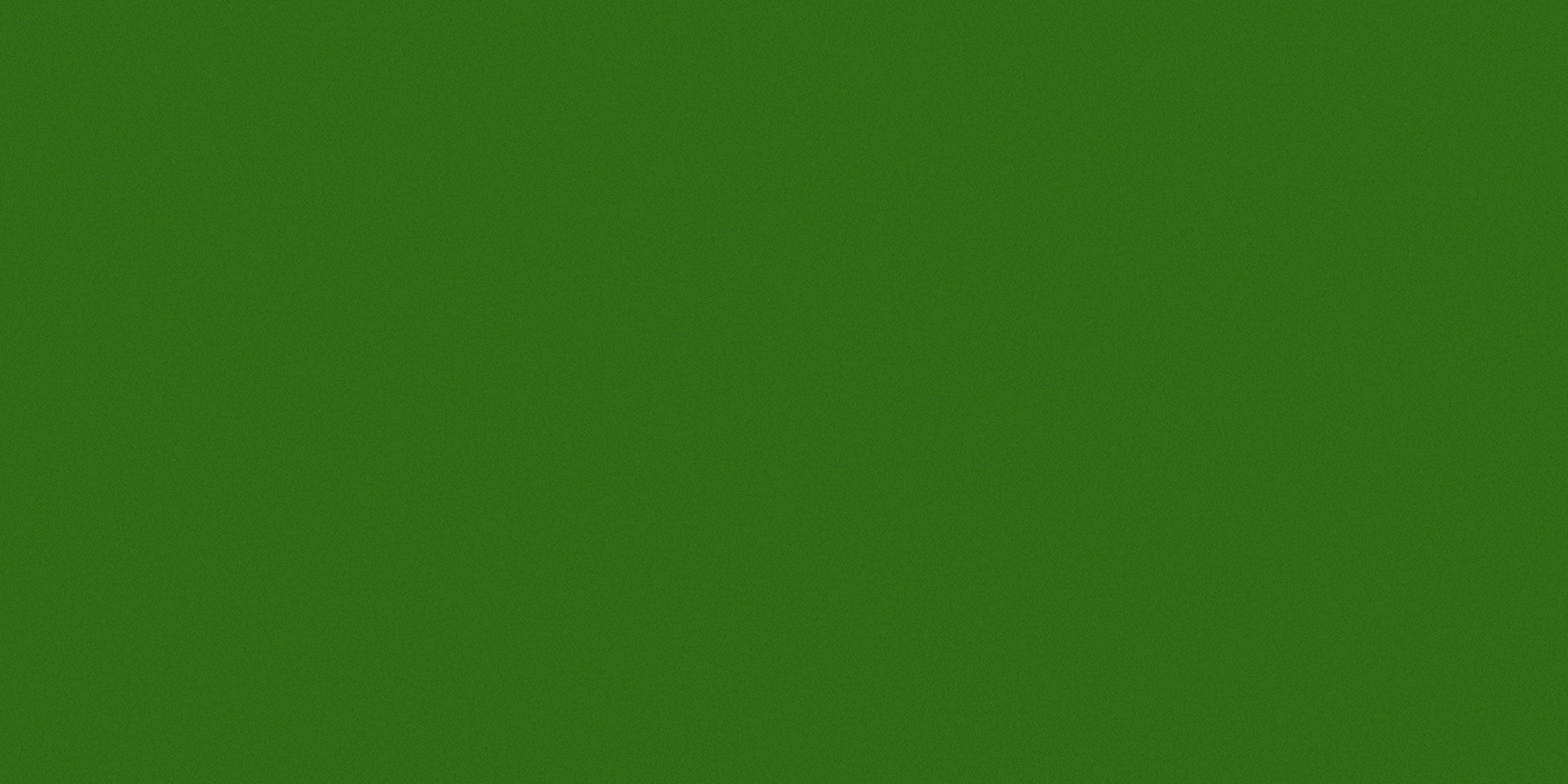 Thanks for subscribing.
Are you a professional?
Thanks for contacting us! We'll get back to you shortly. Thanks for signing up!